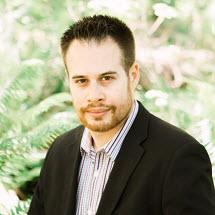 After several years of practicing in heart of downtown Vancouver, Johann Contreras has moved his practice home to Greater Vancouver’s City of Port Moody.

​Before going to law school, Johann worked in several Tri-Cities’ restaurants while simultaneously tutoring University and College students. He has a Bachelor of Arts degree (Criminology Major, Sociology Minor) from Simon Fraser University, and received his law degree from Bond University in Australia.

​Johann has helped clients from all around the world come to Canada, and stay in Canada.  He has years of experience successfully assisting immigration clients with complicated cases and has also appeared at Immigration hearings, Court hearings, and Co-operative Association meetings, on his clients behalf.

​Johann is a member of the Law Society of British Columbia, the Tri-Cities Chamber of Commerce; and also a Director of the Non-Profit Organization Mothers and Mentors Canada.

“Johann is very professional. He represented us with our application for Sponsoring a Spouse. He was helpful and open to answer all our questions even after we applied. The result of our application was positive, and we can’t thank him enough. For these reasons, we have chosen to keep him as our representative for our Citizenship applications.”

“I found Johann to be very professional, hardworking, conscientious, courteous, friendly, approachable, available and honest. His out of the box and unconventional thinking has helped me deal with my permanent residence application, in the most efficient way possible.”

“I would highly recommend Mr. Johann Contreras without any reservations as I personally believe he is a model lawyer who genuinely provided consistently outstanding services and managed to rise above and beyond all expectations.”

“I met Johann when I got stuck, and was struggling, from the decline of my BCPNP application (which took more than 2 years after submission). I was hopeless because no one around me said it could be reversed. I contacted many lawyers, and I received only one response, which was Johann. After the first meeting, everything was so quick. I was shocked, due to the (previous) reaction and attitude of BCPNP. Johann made them (become) more careful and quick. In a week, I received my new BCPNP. He reversed it. I cannot thank him enough. I definitely recommend Johann to anybody who needs help and a quick solution regarding immigration. He is the one.”

“If you are looking for a lawyer who will go above and beyond the call of duty and will have your best interest at heart and not his wallet, then Johann Contreras is the man for you. He won my case and helped me keep my Co-operative Housing Association membership. His main concern was helping me keep my home and not how I was going to pay him for doing that. I recommend him, 100%. If it weren’t for him then I would probably be homeless right now. He was well worth every cent and more! Thanks again Johann!”

Find out how Contreras Law can help you by calling (604) 917-0473 or send us an email. Our office is conveniently located in Port Moody and we serve clients across B.C.’s Lower Mainland and all over the world.

Tell us how we can help
Go to Top